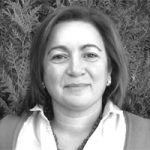 Associate Professor with Aggregation of the University of Trás-os-Montes and Alto Douro (UTAD) where most of the time teaches Internal Medicine of Company Animals and Oncology. Graduated in Veterinary Medicine from UTAD in 1994 and Master in Oncology from ICBAS in 2001, she completed her PhD at UTAD in 2005 and the Aggregation tests in 2010.

Between 2007 and 2010 she was the Practice Director of the Small Animal Service of HVUTAD. Between 2011 and 2013, she held the position of Director of the Integrated Masters in Veterinary Medicine, also at UTAD, and chaired the Commission for External Evaluation by the European Association of Establishments for Veterinary Education.

Incorporated the 1st UTAD Biosafety Commission in 2013. Between 2013-2017, joined ECAV’s Scientific Council with attendance in several working committees, with a special focus on the Management Committee of the UTAD Quality Internal System. Since 2016 he has been a member of the OMV General Assembly.

Author of more than 50 articles and chapters of books published in SCI journals and scientific presentations by invitation, in National and International congresses on the specialty. She has developed intense activity as a Copy Editor ​​and Associate Editor in SCI scientific journals. In her academic career, she also received several Scientific Merit Awards, including those awarded by the Portuguese Society of Veterinary Sciences in 2002 and the Portuguese Society of Sinology in 2012. 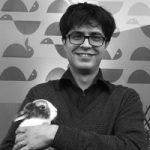 Graduate in Veterinary Medicine by the Instituto de Ciências Biomédicas – Abel Salazar (ICBAS) – UP, 2002. Works in the Peneda Gerês National Park (2002 and 2003) – Tissue Bank of Wild Vertebrates and Bird Recovery Center. Exotic Animals Clinic, since 2002. Master’s Degree in Bioethics – “Veterinary Pets and Ethics” – by FMUP-UP, 2009. Collaboration in the teaching of the Veterinary Medicine course at ICBAS-UP since 2007. Practice Directorate of the Veterinary Center of Exotic Port (CVEP) since 2009. Organization of the I and II Congress of CVEP, 2011/2012. Responsible veterinarian at Sea Life – Porto, since 2013. 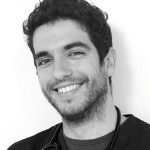 Started advancing his orthopedic intensive training since 2006 and is working full time in orthopedic surgery since 2009.

Attended 5 AOvet courses and 17 other courses outside Portugal, all related to advanced orthopedic surgery and arthroscopy.

In 2012, founded Bonematrix, a company providing freelance services in advanced orthopedic surgery, neurosurgery and arthroscopy, cooperating with more than 60 clinics and hospitals in Portugal.

Chief of the Orthopedic Department of the “Bom Jesus Veterinary Hospital”, Braga, Portugal.

Invited speaker and instructor in many National and International courses and congresses.

Invited Speaker at the last WVOC2018.

Introducer of the TTTT technique in Portugal, and its instructor.

Assistant Professor at the Universidade Lusófona in the discipline of Surgical Pathology II and Pharmacology.

Currently responsible for the anesthesia, emergency and intensive care service of the Veterinary Hospital Center.

PhD from the Universidad de Leon, Spain, in monitoring the anesthetic depth in the dog.

Published articles in the area of anesthesia in international journals.

Graduated in Veterinary Medicine from the Universidade de Trás-os-Montes e Alto Douro since 1999. 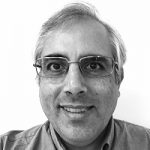 Graduate in Veterinary Medicine from the Faculdade de Medicina Veterinária da Universidade Técnica de Lisboa (1996). In 2011 completed Advanced Program of Management of Livestock Companies in Católica – Lisbon School of Business & Economics. In 2012 he was appointed Honorary Director of the Scientific Society of Pig Industry.

After graduation, he worked as a Veterinarian at Agrupmonti with Pratice, nutritional and medical responsibilities of the productions in the departments of Swine and cattle farming. Since 2001, he has worked as an independent consultant, having founded Sustaurusvet Lda in 2011, a company dedicated to the field practice (swine and cattle), production medicine, facilities, management, feed factories, pharmaceutical industry.

Collaborates with the Instituto de Ciências Biomédicas Abel Salazar in providing support in the teaching of practical classes of intensive pig farming.

Member of the installation commission of the National Action Plan for the Reduction of the Use of Antibiotics in Animals (PANRUAA) coordinated by the DGAV.

Member of the Monitoring Committee for the Aujesky Disease Control and Eradication Plan (PCEDA) coordinated by the DGAV. Performed several associative positions.

Author and co-author of several articles and scientific communications. 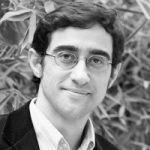 Manuel Magalhães Sant’Ana is a specialist in Animal Welfare by the European College of Animal Welfare and Behavioral Medicine and a researcher in veterinary ethics at CIISA, Faculdade de Medicina Veterinária, Universidade de Lisboa. For the Universidade do Porto, he completed a degree in veterinary medicine (2001), a master’s degree in bioethics (2008) and a PhD in veterinary ethics teaching (2014). He was part of the FVE / EAEVE working group that developed Day 1 skills for teaching animal welfare in veterinary medicine in Europe (2012-13). Was Newman Fellow in Veterinary Ethics, School of Veterinary Medicine, University College Dublin, Ireland (2014-15). And his currently Vice-President of the Professional and Deontological Council of the Portuguese Veterinary Order and responsible for the VÉTICA-2022 research project – a structured approach to describe and address the ethical challenges of the veterinary profession in Portugal. 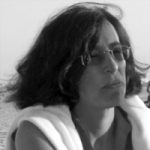 She is currently Researcher at the Instituto Nacional de Investigação Agrária e Veterinária (INIAV). And also responsible for the Laboratory of Embryology of INIAV and the Team for Harvesting and Production of Embryos, licensed by Direção Geral de Alimentação e Veterinária (code PT0305TEPIV). Member of the Board of the Sociedade Portuguesa de Reprodução Animal.

Research Areas: Assisted reproduction techniques, namely the production of embryos of different species, cryopreservation of ovarian tissue, gametes and embryos, and the identification / resolution of factors determining fertility / infertility, both in research projects and in the conservation of resources genetic animals. 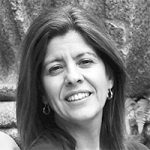 Graduate by UTAD in 1998 with a final average of 15 values, she also holds a postgraduate degree obtained in 2003 from the INA in Public Management. In 2014, finished her Masters degree in Veterinary Medicine in the scope of the Risk Communication – “Case Study: Dioxin Risk Analysis in Poultry Products”, with a final mark of 17 values. She started her career in 1998 as a sanitary inspector. Also worked as a veterinary doctor at the Bairro de Serra Health Care Group, located in Alcanede, from 1999 to 2004. Moreover, she was responsible for the official veterinary services. Division of Veterinary Intervention of Ribatejo, at DRARO (2006-2007); Head of the Division of Animal Identification, Registration and Licensing of Farms, in the DGV (2008-2009); Director General at DGV (2010-2011). Since 2011, it has been recognized by the OIE as an international expert to participate in missions for the evaluation of the official veterinary services of OIE member countries through the use of the PVS tool. Since 2012 she is Director of Services at the Directorate of Food and Veterinary Services of the Region of Lisbon and Vale do Tejo, at DGAV. 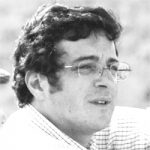 I joined the Portuguese Veterinary Order (OMV) in 1998 after graduating from the Universidade de Trás-os-Montes e Alto Douro (UTAD). Over the years I have performed several interships in Portugal and abroad, in the area of ​​practice, surgery and reproduction of horses.

Since 1998 I work as an equine veterinarian. In 2001 I joined the faculty of the Instituto de Ciências Biomédicas Abel Salazar, where I hold positions as Assistant Professor in the Department of Veterinary Clinics.

Since 2012 I am a member of the board of the Equine Veterinary Medical Association.

In 2008, I completed the Pedagogical Aptitude Tests and Scientific Capacity at the Instituto de Ciências Biomédicas Abel Salazar, with the title – “Characteristics of the mare reproductive cycle in the north of Portugal – Synthesis work” / “Diagnosis and follow-up of gestation in horses – report of a practical class “.

In 2014 I concluded my PhD in Veterinary Sciences at the same Institute, with the title – “Bone Replacement for Bone Regeneration: In Vivo Studies and Future Clinical Applications in Veterinary Medicine”.

Author of several publications in national and international magazines. 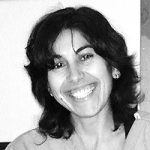 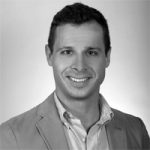 Graduate in Veterinary Medicine in 2003 by Instituto de Ciências Biomédicas Abel Salazar of the Universidade do Porto (ICBAS-UP) and doctorate in Veterinary Sciences in 2012 by the same institution. He is a member of the practice staff and consultant in the area of Milk Quality at SVAExpleite, since 2003. And also an Assistant Professor in the Department of Veterinary Clinics at ICBAS-UP and at the Faculdade de Ciências-UP. Since 2011 he is the President of the Portuguese Health Council of Úbere. 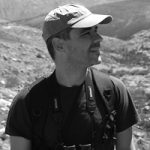 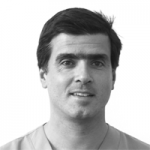 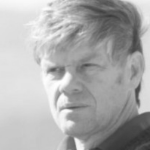 Graduated by ESMV (1986). He practiced surgery and surgery of livestock species as a liberal professional or associated with agricultural cooperatives (1986-2001). Professor at FMV-UL where he teaches “Animal Species Clinic” and exercises the “Deontology and Bioethics” regency. PhD in Veterinary Sciences by FMV-UL (2009). Specialist Graduated from the European College in Bovine Health and Management. Responsible for the Animal Behaviour and Welfare Research Lab of CIISA. Member of the ASAE Scientific Committee on Health and Animal Welfare. Member of several EFSA working groups. He was a member of the Center Regional Council, the Board of Directors and the Professional and Deontological Council. Currently he is again member of the Board of Directors of the Portuguese Veterinary Order.